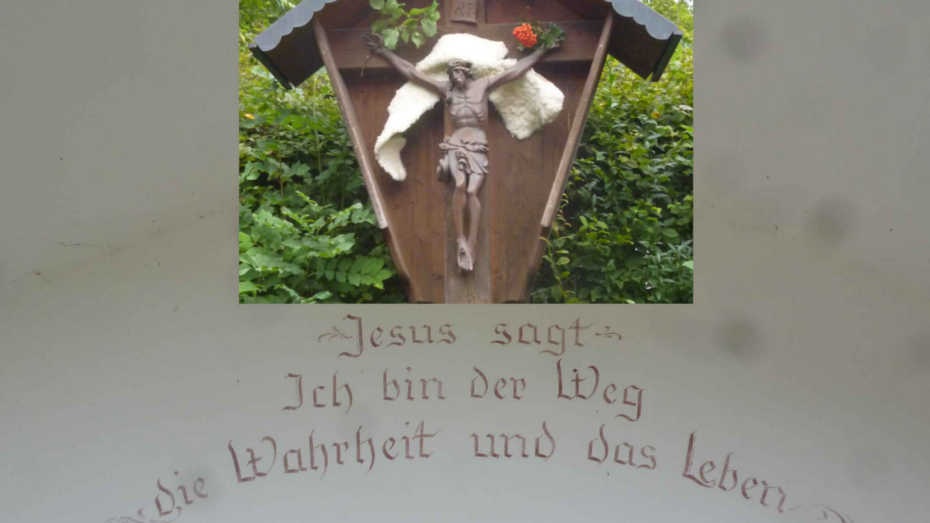 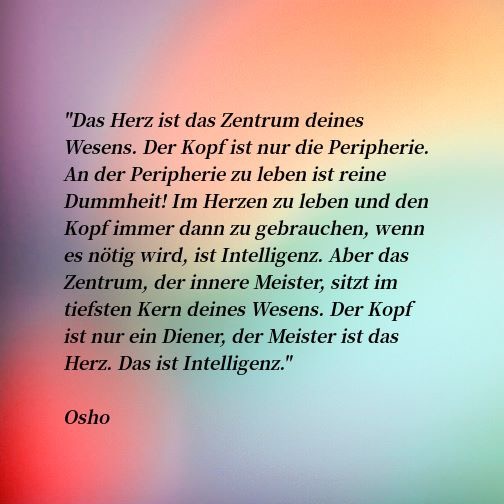 The mind always tries to avoid things which it cannot comprehend, and death is one of the most incomprehensible mysteries. There are only three mysteries: life, death and love. All these three are beyond mind.

'Do you believe in Jesus Christ's resurrection?'
I told him that there was no need to go so far. Each moment everybody is resurrected.
But he could not understand. It is difficult for people who are too much into their ideology. He said, 'But do you believe that he was crucified?

Is this not just a myth, or is it a reality? What do you think?'
I said to him again that everybody is crucified every moment. That is the whole meaning of Jesus' crucifixion and his resurrection. Whether it is historical or not does not matter a bit. It is simply irrelevant to think whether it happened or not -- it is HAPPENING.
Each moment the past is crucified, the old leaves disappear. And each moment a new being arises in you, resurrects. It is a constant miracle.

The second thing to understand about death is that death is the only certainty. Everything else is uncertain: it may happen, it may not happen. With birth, death has become a certainty. Once this certainty penetrates your understanding, you are relaxed. Whenever something is absolutely certain then there is no worry. Worry arises out of uncertainty.

Just watch. If I say death is certain, can't you feel fear disappearing within you? Can't you feel that with the very idea -- and it is just an idea right now, not your experience -- with just an idea that death is certain, you are calm and quiet. If you can experience it.... And you can, because it is a fact. I am not talking about theories; I don't deal in theories.

This is a simple fact. Just open your eyes and watch it. And don't try to avoid it; there is no way to avoid it. In avoiding, you miss. Accept it. Embrace it. And live with the consciousness that each moment you die and each moment you are born. Allow it to happen. Don't cling to the past -- it is no more, it is already gone. Why go on carrying dead things? Why be so burdened with corpses? Drop them. And you will feel weightlessness; you will feel unburdened.

And unless you can welcome death, one thing is certain -- you have not lived.

Don't expect anything in the future. Don't corrupt it. Because if all your expectations are fulfilled then too you will be miserable... because it is your expectation and it is fulfilled. You will not be happy about it. Happiness is possible only through surprise; happiness is possible only when something happens which you had never expected, when something takes you completely unawares.

The second thing: when everything happens unexpectedly, everything becomes new. It brings a freshness to your life; a fresh breeze is continuously blowing and it does not allow dust to gather on you. Your doors and your windows are open: in comes sunshine, in comes the breeze, in comes the fragrance of flowers -- everything unexpected. You never asked for it, and existence goes on showering it on you. One feels God Is.
The proposition 'God is', is not a proposition; it is a statement of someone who has lived unexpectedly, without any expectations, who has lived in wonder. God is not a logical hypothesis; it is an exclamation of joy. It is just like, 'Aha!' -- It doesn't mean anything more. It simply means, 'Aha!' so beautiful, so wonderful, so new, so novel, and beyond anything that you could have dreamed. Yes, life is more adventurous than any adventure that you can imagine.
And life is pregnant, always pregnant, with the unknown.

Once you expect, everything is destroyed. Drop the past; that is the way to die each moment. Never plan for the future; that is the way to allow life to flow through you. And then you remain in an unfrozen state, flowing. This is what I call a sannyasin -- no past, no future, just at this moment alive, intensely alive, a flame burning from both the ends, a torch burning from both the ends. This is what let-go is.

link: Friedenslicht + Jesus and his message of love (comment to Bhagavad Gita) 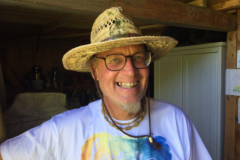